skip to main | skip to sidebar

For both my Grandpas, my Grandma, my Mother In Law, her Sister, My Sister and my friend Sarah.

Eternal rest grant unto them,
O Lord,
and let perpetual light shine upon them.
May the souls of the faithful departed,
through the mercy of God,
rest in peace. Amen.
Posted by Jennifer at 8:33 AM 6 comments:

The Feast Day of the Canadian Martyrs

St . Jean de Brébeuf was a Jesuit missionary, born at Condé-sur-Vire in Normandy, 25 March, 1593; died in Canada, near Georgian Bay, 16 March, 1649. His desire was to become a lay brother, but he finally entered the Society of Jesus as a scholastic, 8 November, 1617. According to Ragueneau it was 5 October. Though of unusual physical strength, his health gave way completely when he was twenty-eight, which interfered with his studies and permitted only what was strictly necessary, so that he never acquired any extensive theological knowledge.

On 19 June, 1625, he arrived in Quebec, with the Recollect, Joseph de la Roche d’ Aillon, and in spite of the threat which the Calvinist captain of the ship made to carry him back to France, he remained in the colony. He overcame the dislike of the colonists for Jesuits and secured a site for a residence on the St. Charles, the exact location of a former landing of Jacques Cartier. He immediately took up his abode in the Indian wigwams, and has left us an account of his five months’ experience there in the dead of winter. In the spring he set out with the Indians on a journey to Lake Huron in a canoe, during the course of which his life was in constant danger. With him was Father de Noüe, and they established their first mission near Georgian Bay, at Ihonatiria, but after a short time his companion was recalled, and he was left alone.

Brébeuf met with no success. He was summoned to Quebec because of the danger of extinction to which the entire colony was then exposed, and arrived there after an absence of two years, 17 July, 1628. On 19 July, 1629, Champlain surrendered to the English, and the missionaries returned to France. Four years afterwards the colony was restored to France, and on 23 March, 1633, Brébeuf again set out for Canada. While in France he had pronounced his solemn vows as spiritual coadjutor. As soon as he arrived, viz., May, 1633, he attempted to return to Lake Huron. The Indians refused to take him, but during the following year he succeeded in reaching his old mission along with Father Daniel. It meant a journey of thirty days and constant danger of death. The next sixteen years of uninterrupted labours among these natives were a continual series of privations and sufferings which he used to say were only roses in comparison with what the end was to be. The details may be found in the “Jesuit Relations”.

In 1640 he set out with Father Chaumonot to evangelize the Neutres, a tribe that lived north of Lake Erie, but after a winter of incredible hardship the missionaries returned unsuccessful. In 1642 he was sent down to Quebec, where he was given the care of the Indians in the Reservation at Sillery. About the time the war was at its height between the Hurons and the Iroquois, Jogues and Bressani had been captured in an effort to reach the Huron country, and Brébeuf was appointed to make a third attempt. He succeeded. With him on this journey were Chabanel and Garreau, both of whom were afterwards murdered. They reached St. Mary’s on the Wye, which was the central station of the Huron Mission.

By 1647 the Iroquois had made peace with the French, but kept up their war with the Hurons, and in 1648 fresh disasters befell the work of the missionaries — their establishments were burned and the missionaries slaughtered. On 16 March, 1649, the enemy attacked the city of St. Louis and seized Brébeuf and Lallemant, who could have escaped but rejected the offer made to them and remained with their flock. The two priests were dragged to the city of St. Ignace, which the Iroquois had already captured.

On entering the village, they were met with a shower of stones, cruelly beaten with clubs, and then tied to posts to be burned to death. Brébeuf is said to have kissed the stake to which he was bound. The fire was lighted under them, and their bodies slashed with knives. Brébeuf had scalding water poured on his head in mockery of baptism, a collar of red-hot tomahawk-heads placed around his neck, a red-hot iron thrust down his throat, and when he expired his heart was cut out and eaten. Through all the torture he never uttered a groan. The Iroquois withdrew when they had finished their work. The remains of the victims were gathered up subsequently, and the head of Brébeuf is still kept as a relic at the Hôtel-Dieu, Quebec.

His memory is cherished in Canada more than that of all the other early missionaries. Although their names appear with his in letters of gold on the grand staircase of the public buildings, there is a vacant niche on the façade, with his name under it, awaiting his statue. His heroic virtues, manifested in such a remarkable degree at every stage of his missionary career, his almost incomprehensible endurance of privations and suffering, and the conviction that the reason of his death was not his association with the Hurons, but hatred of Christianity, has set on foot a movement for his canonization as a saint and martyr. An ecclesiastical court sat in 1904 for an entire year to examine his life and virtues and the cause of his death, and the result of the inquiry was forwarded to Rome.

St. Jean de Brébeuf and the other North American Martyrs were canonized by Pope Pius XI in 1930. The Martyrs’ Shrine church in Midland, Ontario, the site of their missionary work among the Huron, and the National Shrine of the North American Martyrs in Auriesville, New York, along the Mohawk River, are dedicated to them. They are collectively patron saints of Canada, and form part of the dedication of the Canadian national church in Rome. Their feast day is celebrated on September 26 in Canada and among Traditional Roman Catholics, and on October 19 in the United States under the title of “The North American Martyrs.”

As I read the bible readings for today I wondered how I would have reacted.
As a nurse I would find it hard without scientific answers on to how it happened.
Don't know if I was there if I could swallow it.
It is easy for me to accept now and today.
I've learned it all my life, never questioned it, it's a matter of faith.
But if it actually happened how would I be.

I'm sure I would be the first one to feel the wounds and see the bones.

I was also struck by the irony of watching Sherlock Holmes which has a resurrection scene during the Tridium. Kind of a side note but the thought did cross my mind.
Posted by Jennifer at 4:57 AM No comments:

Biblical readings for the dying

I work in long term care. My patients leave this world. Often when it is time I sit down and read the Bible with them. I did this last month with one of my favourite patients. He's still with us and he told me after how relaxed he was when I read to him. He told me I should read the bible in church. Said I am good at reading the bible. That when I read to him it really spoke to him.

These are the passages I use. I'm writing it down so the next time I'm at work and want to know I can just google my blog and find them. lol.

I commend you, my dear brother (sister), to almighty God
and entrust you to your Creator.
May you return to him
who formed you from the dust of the earth.
May holy Mary, the angels, and all the saints
come to meet you as you go forth from this life.
may Christ, who was crucified for you,
bring you freedom and peace.
May Christ, who died for you,
admit you into his garden of paradise.
May Christ, the true Shepherd,
acknowledge you as one of his flock.
May he forgive all your sins
and set you among those he has chosen.
May you see your Redeemer face to face
and enjoy the vision of God forever.
Amen.
Posted by Jennifer at 10:02 AM 4 comments:

In the Gospel the Lord showed me clearly what his new commandment demands. I read in St. Matthew: "You have heard it said that you should love your neighbor and hate your enemy; but I say to you, love your enemies and pray for those who persecute you."

We all have our natural likes and dislikes. We may feel more drawn to one person and may be tempted to go a long way around to avoid meeting another. Well, the Lord tells me that the latter is the one I must love and pray for, even though the manner shown me leads me to believe that the person does not care for me. "If you love those that love you, what thanks are due to you? For sinners also love those who love them" (Luke 6:32)

Nor is it enough to love. We must prove our love. We rake a natural delight inpleasing friends, but that is not love, even sinners do the same.

FAther,
I abandon myself into your hands,
do with me what you will.
Whatever you may do, I thank you:
I am ready for all, I accept all.
Let only your will be done in me
and in all your creatures.
I wish no more than this, O Lord.
Into your hands, I commend my soul;
I offer it to you
with all the love of my heart;
for I love you, Lord,
and so need to give myself:
to surrender myself into your hands
without reserve and with boundless confidence;
for you are my father.

Charles De Foucauld
Posted by Jennifer at 7:46 PM No comments:

Maybe it's because I work in long term care and see so many people die. Maybe it's because I want to control everything to the very end. Whatever the reason I've picked out the hymns and verses to be read at my funereal. I found a really cool website that you clicked on what you want and at the end it prints it out for you. I copied down all the hymns and passages and then found out which ones I wanted at my funeral.

I have made that very clear to my husband. I just feel they are over-used.

I had a hard time picking an old testament reading. There were so many good ones to choose.

And I left instructions for the priest to do all the talking. I don't want family members up in the church saying stuff.

The one hymn I knew for sure before I started all this was that when I leave the church they will play Ave Maria. It's my favourite. I saw a bunch of priests singing it on EWTN last month and it made me cry. It's such a beautiful song and they did a great job singing it.
Posted by Jennifer at 8:42 AM 1 comment: 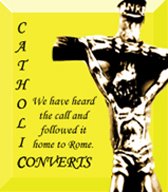 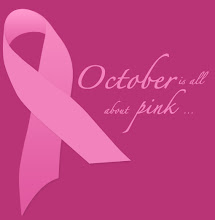 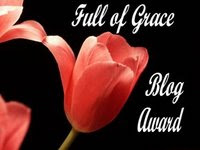 Don't forget to Pray for Him. 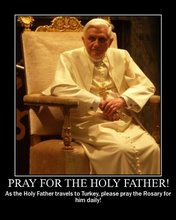 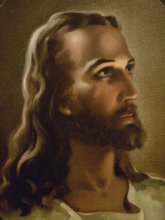 O Mary conceived without sin, pray for us sinner who have recourse to thee 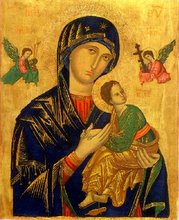 Please Pray for Me... 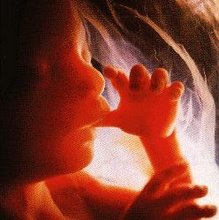 continue to pray for an end of their suffering 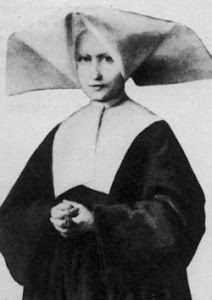 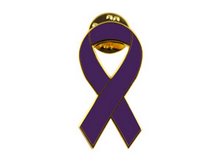